Insects are the center of attention during A Bug’s Day at the Schiele Museum of Natural History in Gastonia, NC. This year the event occurred on Saturday, May 19. Rosemary Hallberg and Andrea Sato represented the Center of IPM with displays, handouts and puzzles. 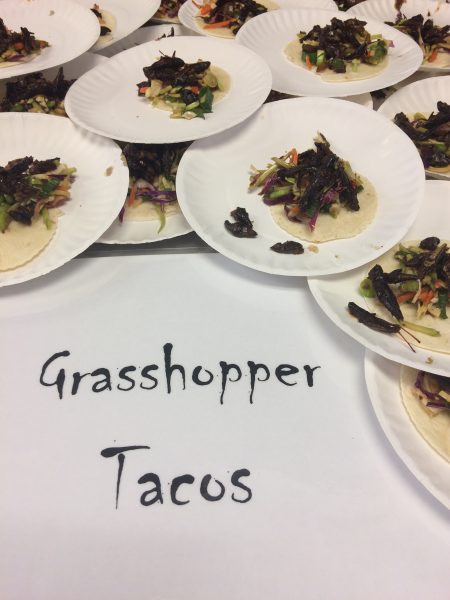 A Bug’s Day is western North Carolina’s version of BugFest, with an attendance that’s a bit smaller than the Raleigh event. According to Keeley Zimmerman, who organizes the event, this year about 645 people attended, about 50 more than last year. 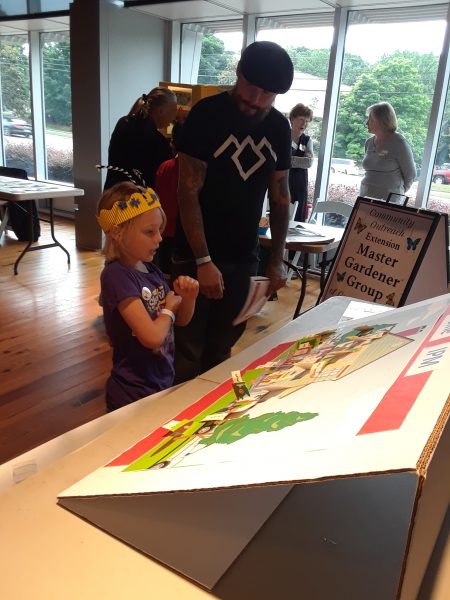 Next door was the bug eating booth, which ran a contest in the afternoon. The first couple of challenges involved small creatures (all cooked), like mealworms and crickets. The last two challenges involved a black scorpion and a tarantula. Andrea and I cheered the contestants on but did not partake ourselves. 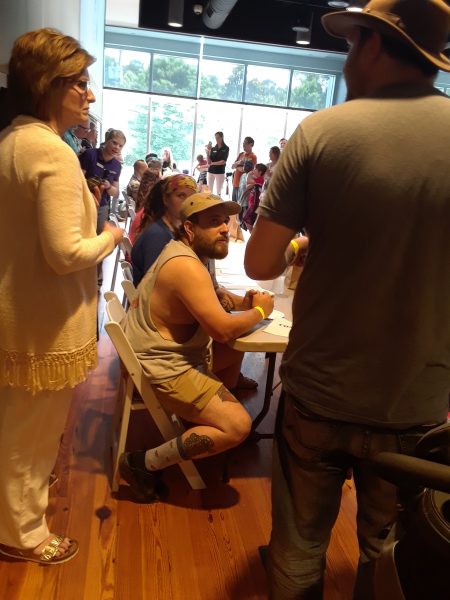 The Bug Eating Contest was fascinating to watch.

A Bug’s Day is always held on the third Saturday in May at the Schiele Museum. Gastonia is close to Charlotte and Hickory, so we see a good mix of urbanites and agriculturally-aware people. This year we listened to several stories about ticks, perhaps prompted by our handouts on tick prevention.

Kids of all ages put together one of our three puzzles. We had a chance to educate some of the younger children on the difference between a spider and a tick (because they both have 8 legs), while one boy correctly identified the image on our lepidopteran puzzle as a moth rather than a butterfly.

If you’re in the Charlotte area in mid-May, consider dropping by the Schiele Museum for A Bug’s day. The museum charges a small fee for admission, but after you’re done visiting the booths you have access to all of the museum’s exhibits and shows.

IPM in the South Blog